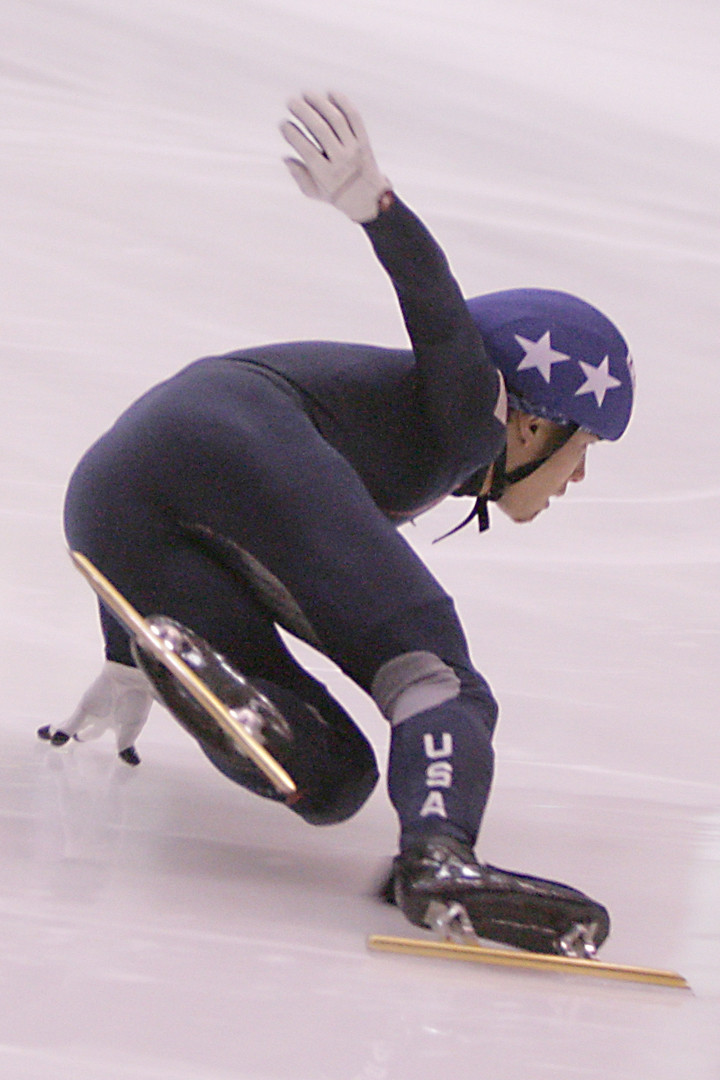 “I’ve always, in the back of my head, wanted to be known as one of the greatest short track speedskaters of all time,” he told The Associated Press on Monday and on Friday, he brought it all home.

“In the end, its the extra effort that separates the winner from second place.   But winning takes a lot more than that, too.  It starts with complete command of the fundamentals.  Then it takes desire, determination, discipline and self-sacrifice.  And finally it takes a great deal of love, fairness and respect for your fellow man. Put all these together, and even if you don’t win, how can you lose? – Jessie Owens

What can you say about Apolo Anton Ohno?  Lets just say he’s more than Dancing with the Stars could have hoped for.

He is America’s most accomplished Winter Olympian – having won 8 Olympic medals in the last three Olympic games.  In Salt Lake City in 2002 – Ohno won his first gold medal in the 1500- meter short track speedskating, moving up after Korea’s hope Kim Dong-Sung was disqualified….and from that point forward he has been prolific, classy, and fun to watch both on and off the ice.  With subsequent medals in the 1000 meter short track, 500 and 5,000-meter relay in Torino, Italy – and – another 3 medals in the 1500, 1000, and 5,000 relay in Vacouver…he has taken America’s productivity in the games to an all-new high.

Whats astounding is that it could have easily been nine medals as Apolo was disqualified in the 500 for ‘causing Canadian Francois Louise Tremblay to fall in the final turn.  Noteworthy discussion followed the fall, but numerous camera angles showed that Tremblay had failed to maintain his edge on the turn as Ohno’s hand gently made contact with the Canadian’s hip.  The resulting DQ cost Ohno another silver medal in a sport well known for its jostling and highly dramatic high speed crashes.

Ohno is no stranger to the use of higher end sport psychology methods and has long practiced visualization.  To get a glimpse into this guy’s amazing drive, check out the video below.   In addition…..

Apolo is a very positive athlete and keeps his focus in the “now” moment – maintaining a positive self-expectation in every race.  This is a practiced method and did not come to him automatically.  Ohno has had a difficult road on his way to stardom.  His mother left when he was in onesies and his dad, a hair stylist in Seattle, took on the role of a single parent.  To say that their evolution was stormy barely begins to capture the dynamic as Apolo was a run away – and barely recovered to discover his life’s purpose and develop his incredible talent.  At one point Yuki emplored his son to a solo visionquest in an isolated cabin by the ocean shore in the midst of winter.  Apolo’s only task – to figure out what kind of life he wanted to live.  A recent interview with Bob Costas during the Olympics revealed just how Apolo and Yuki’s relationship evolved into the dynamic team it is today.

Amongst the other tools Ohno is purported to use includes a very special form of visualization.  He incorporates many of his kinesthetic senses in addition to the sounds and emotions he experiences while racing.  These vary by distance and the particular competitors he is matched up against.  It is quite consistent with many of the methods incorporated in PETTLEP imagery.  Who can argue with this guy’s success?  He sets the bar at such a high level we can all benefit from taking note.  Take a look at how he trains…..

3 thoughts on “Performance at its Best: Apolo Anton Ohno”