Many high-level Performers in athletics, performing arts, and in creative endeavors can achieve extraordinary success by following certain guidelines enabling them to operate more efficiently and effectively despite many challenging circumstances.

The Covid-19 pandemic has caused us to reconsider what is safe, how sports are played, viewed, and even scheduled. Professional sports are taking place without an audience, athletes and orchestras perform and train in a vacuum, and social norms are being rewritten. Uncertainty is a huge part of life, and stress loads continue to rise with the death toll, now exceeding 125,000 lives.

These requisites are guidelines for living a good life, and essential for peak performers striving to bring their best to every challenge. 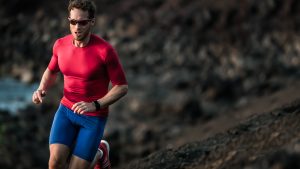 Ray Kroc, one of the founders of McDonalds (and among the world’s most successful entrepreneurs) once said, “If you are green you are growing. If you are ripe you are rotting.”

I interpret this quote to mean that life is a process.  At all times we would do well to be working towards something because if you aren’t, you will get passed up and left behind.

So how does this idea of “Life” as a Process relate to Growth Mindset?

Growth Mindset is the belief that you have control over your most basic abilities. These abilities are within your control – your preparation, your effort and your attitude – are primary.  There are others we will discuss as well, but for now let’s contrast that with the opposite.

The opposite, Fixed Mindset, is the belief that for the most part, your abilities are fixed and have always been with you, uninfluenced by anything except your innate talents and capabilities.  You do not have control over those abilities.

Carol Dweck, a Stanford professor and author of Mindset, has been able to show that these two beliefs lead to very different behaviors when it pertains to your goals, how you view challenges in front of you, how you respond to setbacks, put forth effort, interpret criticism, and view the success of your peers.

Imagine that you do not have control over your abilities. Yet your self-esteem is oftentimes reliant on “how” others view us and our abilities.  Research has shown that people who view themselves in such a way make it a primary goal “to look good” in order to show others that you are competent.

Now, imagine that you believe you have control over your abilities. People who trust their ability to develop their abilities, view learning as the priority. Looking good is not as appealing because it is only a snapshot of your functioning at a certain point in time.  Progress becomes more important in such a world view.

Keep these goals in mind:

A Fixed mindset believes it has little control. That leads to wanting to look good.

Growth mindset believes it has control. That leads to the desire to learn.

So how do these Mindsets effect our view of Challenges?

A person with a fixed mindset will tend to avoid a challenge, because a challenge brings with it the risk one takes in looking bad.

How do these differing Mindsets effect our view of Setbacks?

A fixed mindset will often give up easily because it does not want to continue to look bad setback after setback.

A growth mindset will often continue despite setbacks because once they overcome a setback, they will have shown evidence of growth. This is because they learned how to overcome an obstacle.

How do these Divergent Mindsets effect the Value of Effort?

Fixed minded individuals are less likely to put forth much effort. If you don’t have control over your abilities, what good is effort? And giving a lot of effort certainly doesn’t look good. The people that can do things effortlessly are the ones that look good.

Growth minded individuals understand that effort is the key towards mastery of any skill. They will give a lot of effort because it has helped them learn in the past.  They also realize that repetitions, practice and learning contribute to building skills that might just “look” easy.

How do these different Mindsets Contribute to our Views of Criticism?

Fixed minded people have difficulty with criticism. They see it as people judging them, telling them something that they did wrong or pointing out what they should have done better, i.e. ‘making me look bad’.

If you don’t think you have much ability to make changes, criticism will likely contribute to feelings of confusion, feeling put down, or offended.  Ultimately, this pattern leads people to ignore criticism.

Conversely, folks who feel a sense of control over developing abilities…. “Want” to learn. Individuals who embrace a “Growth Mindset” believe that criticism can become a gift. Someone who shows you “how” you can get better, “where” exactly you can improve, and helps you grow, is clearly viewed as a gift. Oftentimes, growth minded individuals will seek out criticism because it helps them learn and grow.

How do these different Mindsets View the Success of Our Peers?

Those with a fixed mindset tend to feel threatened when their peers are successful.  Because they are overly concerned with how they appear to others, they worry they no longer look as good relative to their “successful” peers.

Those with a growth mindset tend to become inspired by their peers’ success, because they now have a blueprint for how to succeed. “If they can do it, I can do it!”

What kind of condition is your Mindset in?

When you consider that athletes and performing artists are only in control of 3 Things:  Their Preparation, Their Effort, and Their Attitude:  You begin to understand that ATTITUDE & MINDSET are hugely important.

Those who show the behaviors associated with a fixed mindset will fall short of their potential.

Those who show the behaviors associated with a growth mindset will tend to reach higher and higher goals, consistently improving their performances, developing their skill sets day-by-day resulting in feeling a greater and greater sense of free will, and personal control over their life.

In this experiment, Dweck was able to give the process praise group a growth mindset. She was also able to give the intelligence praise group a fixed mindset. She did this by telling the kids they were smart of hard-working. Think about how simple that is. By thinking about the effort and not the end result, you are more likely to get better results.

Let’s look at a different study but with younger children (https://mindsetscholarsnetwork.org/research_library/parent-praise-to-1-to-3-year-olds-predicts-childrens-motivational-frameworks-5-years-later/). Carol Dweck followed parents of 1-3 year olds and noted how they were praising their children. Some praised their children by telling them they were smart, or talented, or some other type of trait. This is teaching a fixed mindset. Others praised their children’s effort and hard work; praise more about the process. This is teaching a growth mindset. Then 5 years later and researchers interviewed the children of the study. The interviewers wanted to understand if the children had a growth mindset or a fixed mindset. They discovered that the type of praise the parent gave the child predicted the type of mindset that the child had. Children that got praise for being smart or talented tended to have a fixed mindset. But children that got praised for their effort tended to have a growth mindset.

This is both inspiring and scary. Inspiring because we are in control and can change our attitude. But scary because our environment has a lot of influence on us. Mindset is a learned behavior.